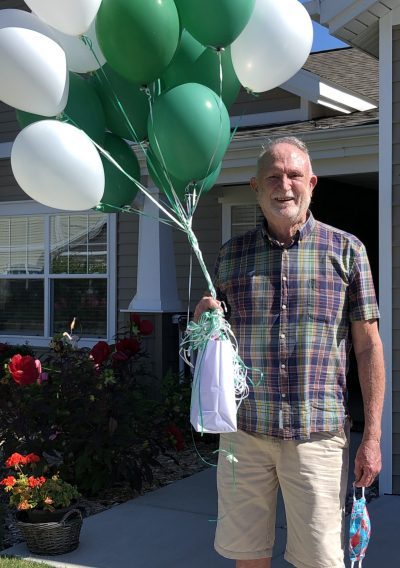 Jay Parsons has truly lived an international and literacy-centered life. He first taught English with International Voluntary Services, a predecessor to the Peace Corps when he was in Vietnam.

He currently teaches Level 4 (advanced) classes in the KLC’s ESL of Southwest Michigan, for students in civics and citizenship, through our Virtual Learning Center.

His academic achievements include a masters degree in International Studies and a Ph.D. in Geography, from the University of Hawaii. Grad studies took him to the Philippines and Ann Arbor.

Jay’s career in the United Nations began in Indonesia; he worked in Bangladesh, Thailand, Laos and South Africa. He participated in conducting Laos’ first ever census! In South Africa, he worked under the Mandela government before retiring in 2000. In 2004, Jay returned to the U.S. to help his brother take care of  their elderly mother in Hickory N.C., where he also volunteered as an ESL tutor. There is a large Hmong population, and Jay was pleasantly surprised to meet so many Vietnamese and other Asian students. He was able to use his Asian language skills to bond with students, and Jay became certified to teach ESL in 2010. He taught English in Singapore, Indonesia, and Thailand.

When Jay came to Kalamazoo to be close to his daughter, he started volunteering at Prince of Peace Lutheran Church. He tutors virtually with a devoted group of students, who all enjoy sharing their life experiences while continuing to strengthen their English skills.

Fun fact: Jay will celebrate his 80th birthday in August! Because of the pandemic, friends from South Africa and family won’t be able to travel, but that won’t stop the party.

All of us at the KLC are deeply grateful to Jay, for his lifelong dedication to literacy and tutoring through ESL of SW MI.